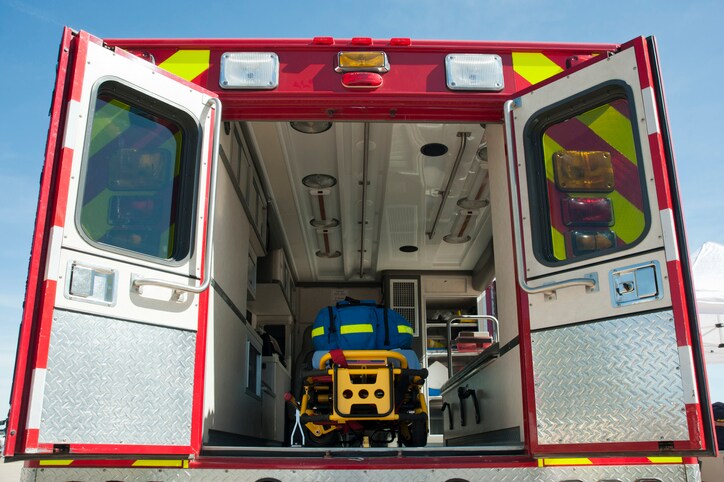 The Monterey Police Department recently posted a picture on their Facebook page that should be considered an alert to all the public.  The photo was a screen shot of the results from a scan of colorful candy-like material that turned out to Fentanyl.

If a child got hold of this rainbow-colored drug, the outcome could be horrific.  Actually, anyone getting a hold of this drug could be in trouble.  Besides it being an illegal substance, it can also be a deadly one.  Fentanyl is a potent synthetic opioid, abused for its intense euphoric effects. The Drug Enforcement Administration Diversion Control Division fact sheet on Fentanyl notes that the drug “can serve as a direct substitute for heroin in opioid dependent individuals. However, fentanyl is a very dangerous substitute for heroin because it is much more potent than heroin and results in frequent overdoses that can lead to respiratory depression and death.”

Colorful, candy-like pills seem to be the latest craze in the illicit drug world.  In March, a Maine news station reported that law enforcement there seized green and purple candy-shaped pills containing methamphetamine and fentanyl.  According to the report, the pills were shaped like candy or vitamin-like alien heads and hand grenades. Also in March, a middle school student in Georgia was suspended after bringing drug-laced candy known as “medicated Skittlez” to school. Last year a bag of candy shaped like gummy bears and packaged as a popular candy was seized.  According to the OnlineAthens article, “suspects melted Jolly Ranchers candy and fused it with fentanyl, then shaped it in a mold similar to gummy bears. The candy was then hardened and repackaged in the Jolly Rancher wrappers.”

Unfortunately, sometimes it is not known that these candy-like substances are laced with drugs until someone gets sick or overdoses. However, if officials suspect the candy is not candy at all, there are technologies that can help identify it immediately, without having to wait to have it analyzed at a lab. The Monterey police used a handheld narcotics analyzer— which utilizes a well-established analytical technique called Raman spectroscopy — to identify the substance.  These handheld analyzers can identify key drugs of abuse as well as common cutting agents, precursors and other threats, including fentanyl, fentanyl compounds and analogs, and the fentanyl precursors, NPP and ANPP. The instruments offer a presumptive test that is more accurate and reliable than colorimetric drug tests, providing law enforcement officials a quicker method to identify suspected narcotics in the field. And, with these analyzers, law enforcement personnel can sample most substances through sealed packaging, increasing officer safety.

A year ago we had to worry about how when schools shut down, 911 drug calls for youth skyrocketed, but it seems that now that the children are back in school they are bringing those drugs with them and sharing them – with or without the knowledge of what’s in them. 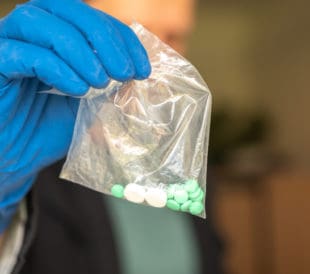 What They Don’t Know is Killing Them 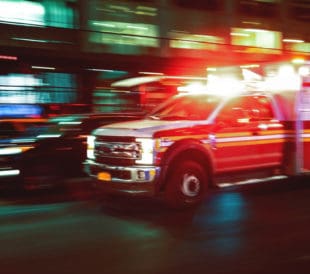 Reducing the Number of Fentanyl-Related Poisonings and well as Deaths 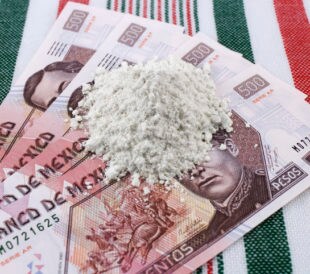 A Half-Ton of Fentanyl Seized in Mexico Drug Bust Helping to Curb the Increase in Counterfeit Pills Keeping Safe from Narcotics: A Guide for Communities and Agencies