Neurons have a unique morphology and lipid content that make total protein extraction from all cellular compartments more difficult than other cell types. Dendrites branch near the neuronal cell body and act as signaling sensors; axons extend away from the cell body and transduce signals to the synapse. Axons and dendrites are different in structure and function and isolation of proteins present in these projections can be difficult. Furthermore, the axon is coated with an insulative myelin sheath rich in glycolipid, sphingomyelin, and cholesterol, which adds to the difficulty of extracting protein from this structure. Gentle methods of total neuronal protein extraction are often ineffective. Although denaturing detergents improve total neuronal protein extraction, such harsh conditions negatively affect protein function.

To assess protein function after extraction with N-PER Reagent, we performed several activity assays related to neuronal function. The Rho GTPases, including Rho, Rac, and Cdc42, regulate actin and mictrotubule dynamics with Rac1 promoting neurite formation and Rho serving as an inhibitor. Both GTPases are located in the cell body. We evaluated the ability of N-PER Reagent to extract native Rho and Rac GTPases from fresh mouse brain. Lysates were supplemented with 5mM MgCl2 and either 10mM GTPgs or 10mM GDP to keep the native Rho or Rac protein in active and inactive forms, respectively. Active Rho or Rac was isolated from the treated lysates using the Thermo Scientific Active Rho Pull-down and Detection Kit (Part No. 16116) or Active Rac Pull-down and Detection Kit (Part No. 16118). Both proteins were able to bind GTPyS or GDP in their respective nucleotide binding sites, and the GTP-bound form was capable of interacting with its downstream effector in the pull-down assay (Figure 3), indicating that the function of Rho and Rac1 was retained.

Figure 3. GTPase activity in neuronal tissue is retained after lysis and extraction. Brain tissue lysates (1mg) supplemented with 5mM MgCl2 and treated with GTPγS or GDP were incubated with the indicated GST-PBD and glutathione resin. Half of the eluted sample volumes were analyzed by western blot and probed using small GTPase-specific antibodies.

To determine if protein phosphatases retained activity upon extraction with the N-PER Reagent, we measured the fluorescence of fluoroscein diphosphate (FDP), a substrate that fluoresces after phosphate cleavage by protein phosphatases. Phosphorylation of molecules in the brain is important in neurotransmitter release, long-term potentiation and neuronal differentiation. In particular, protein tyrosine phosphatases (PTP1B, SHP-2, PTEN and LAR) and serine/threonine phosphatases (PP1 and PP2A) are involved in cell signaling and are frequent targets for therapeutic drug development and inhibitor screening assays. Enzymatic activity was similarly preserved in samples prepared with N-PER Reagent and Thermo Scientific T-PER Tissue Protein Extraction Reagent (Figure 4). Also, ATPase/kinase activity was retained (Figure 5), indicating that the N-PER Reagent could be used for screening small molecules that affect kinase activity.

Figure 4. Protein phosphatase activity is retained after lysis and extraction. Brain tissue lysate (10mg) was incubated with a fluorogenic phosphatase substrate for 1 hour at 37°C. Subsequent hydrolysis of the substrate by phosphatases increases fluorescence.

We also evaluated activity preservation of an enzymatic target involved in a disease model. Beta-secretase (BACE1), a transmembrane protease, is important in the progression of Alzheimer’s disease through the increased generation of beta-amyloid peptide insoluble aggregates. Beta-secretase is upstream of beta-amyloid peptide and is responsible for cleaving amyloid precursor protein (APP). We used a FRET-based system to evaluate preservation of beta secretase enzymatic activity in lysates. The N-PER Reagent solubilized beta secretase from the membrane while retaining activity (Figure 6). Brain tissue processed with the N-PER Reagent could be useful for researchers that use animal models to study Alzheimer’s disease and want to preserve protein function.

Protein extraction from neuronal tissue: Brain was harvested from 8-10 week old C57/BL6 mice. Brains were divided in half, weighed, and suspended in 10 volumes of buffer, containing protease inhibitors, per gram of tissue. Tissue was disrupted using Dounce homogenizers (7mL glass Dounce homogenizer) and incubated on ice for 10 minutes. Lysates were cleared by centrifugation at 10,000 × g for 10 minutes, and protein concentration of the supernatant was measured with the Pierce BCA Protein Assay Kit (Part No. 23225).

Primary neuronal cell culture and lysis: Brain tissue from embryonic mice (17 days) was dissected and dissociated enzymatically. Cells were grown on six-well plates at 106 cells/well for 3 weeks. Before harvest, media was aspirated and cells were washed with ice-cold PBS. N-PER Reagent was added to each well (0.5mL per well) and allowed to contact cells for 5 minutes on ice. Cells were scraped from the plate, transferred to a 1.5mL tube, and centrifuged for 10 minutes at 10,000 × g. Protein concentration was determined using the Pierce BCA Protein Assay Kit.

Western blot: Brain tissue lysates (10µL) were separated by SDS-PAGE, transferred to a nitrocellulose membrane and blocked for 1 hour. Blots were incubated overnight in primary antibody (Anti-NMDAR2B, Anti-AMPA, Anti-tyrosine hydroxylase, Anti-MAPK and Anti-GFAP from Cell Signal Technology; Anti-synaptophysin from Sigma Aldrich; Anti-PSD95 from Abcam; Anti-flotillin 1 from BD Bioscience) diluted 1:1000 in blocking buffer, washed in TBS-Tween*-20 (Part No. 28360), and incubated in either goat anti-mouse HRP (Part No. 32430) or goat anti-rabbit HRP (Part No. 32460) secondary antibodies diluted 1:20,000 in 5% non-fat milk in TBS-Tween-20. Blots were developed with Thermo Scientific SuperSignal West Pico Substrate (Part No. 34080) and imaged using a CCD camera with a 10 second exposure.

Active Rho/Rac pull-down: Lysates were prepared as previously described with N-PER Reagent containing 5mM MgCl2. Lysates (1mg) were incubated with 10mM GTPyS to activate GTPases, or 10mM GDP to inactivate GTPases for 15 minutes at 37°C and then quenched with EDTA and MgCl2. Active Rho and Rac were isolated according to the instructions for Active Rho Pull-down and Detection Kit (Part No. 16116) and Active Rac Pull-down and Detection Kit (Part No. 16118).

ATPase/Kinase activity assay: ATP hydrolysis was measured as a function of luminescence of luciferase with the ATPlite Luminescence Assay Kit (Perkin Elmer) and a modified protocol. Briefly, brain tissue lysates (10µg) were spiked with 5mM ATP, final concentration. A portion of the lysate was inactivated as a negative control, according to the kit instructions. Lysates were added to an equal volume of reaction mix and luminescence was measured with a Varioskan Flash Multimode Plate Reader at 5 minute intervals for 1 hour. Values were normalized to initial luminescence values. 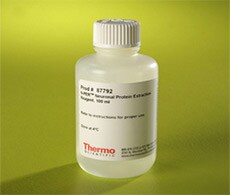