Our last article discussed the advances in coating technologies and how they are contributing to the proliferation of improved high-performance, weather-proof fabric.

Today’s article will discuss Using X-ray Photoelectron Spectroscopy to Investigate the Surface Treatment of Fabrics, involving a piece of polyester lint-free cloth that was sprayed with a soft furnishings protector. This sample was designed to simulate a possible production failure, where a transparent coating had not applied consistently to a fabric.

X-ray photoelectron spectroscopy (XPS) is a technique for analyzing the surface chemistry of a material. XPS can measure the elemental composition, empirical formula, chemical state and electronic state of the elements within a material. XPS spectra are obtained by irradiating a solid surface with a beam of X-rays while simultaneously measuring the kinetic energy and electrons that are emitted from the top 1-10 nm of the material being analyzed. A photoelectron spectrum is recorded by counting ejected electrons over a range of electron kinetic energies. Peaks appear in the spectrum from atoms emitting electrons of a particular characteristic energy. The energies and intensities of the photoelectron peaks enable identification and quantification of all surface elements (except hydrogen).

In this experiment, a surface analysis system was used to investigate the surface treatment of a polyester fabric. A 400 µm X-ray spot was used to analyze a point in each half of the sample to obtain quantified elemental data to compare the compositions of the untreated and treated areas of the sample. As the samples were insulating, the K-Alpha turnkey charge compensation system was used. This system replaces the electrons lost from the surface by the photoelectric effect, preventing a large surface charge accumulating which would distort the acquired data. It is not required for conducting samples, but is essential for the analysis of insulators. The K-Alpha system is extremely simple to use, while being fully capable of maintaining consistent analysis conditions across even the most challenging sample set.

A 16 mm × 12 mm area (indicated in green in Figure 1) was then mapped using a 400 µm X-ray spot and a 400 µm step size to determine the distribution of the elements across the surface. The 128-channel detector was employed in snapshot acquisition mode to record the C1s, O1s, Cl2p, F1s, N1s, Si2p and S2p regions at every analysis position, minimizing the required total acquisition time, whilst retaining chemical information.

The composition of the treated sample showed that the surface changed dramatically. In particular, elements from compounds in the treatment can clearly be detected; fluorine and sulfur (from perfluorobutane sulfonic acid), silicon (from silicone) and nitrogen. Also, the treated spectrum shows a reduction in the amount of C-O and C=O, which are highly characteristic of the ester groups in the untreated part of the sample, and an increase in C-F bonding, which comes from the backbone of the perfluorobutane sulfonic acid in the fabric protector.

As a result of the experiment, it was shown that XPS is a quantifiable surface sensitive analytical technique, it is ideal for determining the areas where an invisible surface modification, such as a fabric protection coating, has been applied, and also for finding the amount of coating present. It can also be used for quality control of invisible coatings on fabrics and other materials to determine whether they have been applied uniformly.

To see more details about the test and results, including the atomic percent maps of the chemical states present in each of the elements detected in the survey scans as well as a chemical map overlay, read Using X-ray Photoelectron Spectroscopy to Investigate the Surface Treatment of Fabrics. 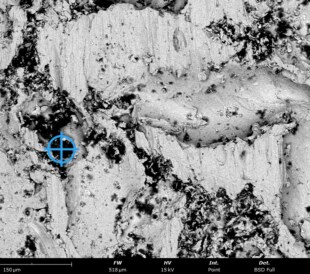 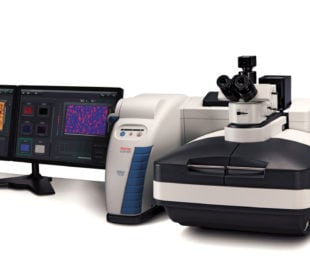 The Essential Guide to Raman Microscopy 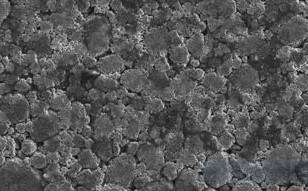 Improving the Quality of Lithium Batteries Using a Desktop SEM

Demands of lithium battery manufacturing Thanks to their hig... by Willem Van Zyl / 05.25.2022 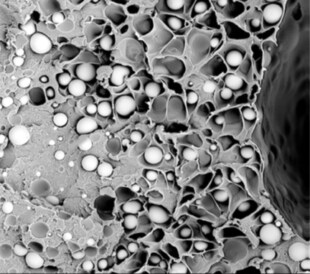 Fast and precise SEM failure analysis Whether researchers wo... by Willem Van Zyl / 04.19.2022

Getting the Right Treatment – Part 1
The BPA Debate: How Much Is Safe? (Part 1)