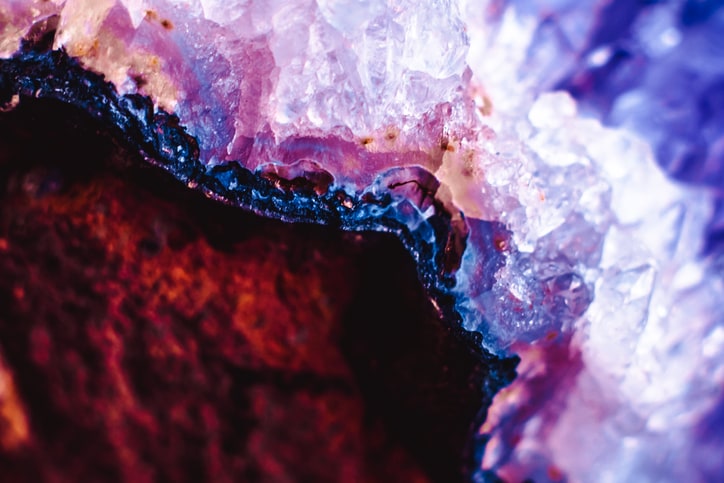 Editor’s Note: A reader was recently intrigued after reading our previous article Where Did Those Gemstones Come From?, and asked: “Do all mountains contain precious stones?” We posed this question to one of our scientists and published her answer is below.

Thank you, reader, for your question.  First, I want to clarify that this article addresses precious gemstones, and not precious metals, which are also mined from the earth.

All gemstones (with the exception of non-mineral gemstones such as amber and pearl) are formed within the earth and through natural geological processes where they are raised to the surface — or close to it.

To recap some of the information presented in the previously published blog article, these geological processes include the formation of three types of rocks: igneous, sedimentary, and metamorphic.

(A well-written article detailing these processes can be found on the International Gem Society website.)

Some industry experts believe there is no real reason for the designation of precious vs semi-precious except for commercial purposes.  However, the USGS explains that “a natural gemstone is a mineral, stone, or organic matter that can be cut and polished or otherwise treated for use as jewelry or other ornament. A precious gemstone has beauty, durability, and rarity, whereas a semiprecious gemstone has only one or two of these qualities. A gem is a gemstone that has been cut and polished.”

The U.S. Federal Trade Commission notes that the value of gemstones  — no matter which kind — can be affected by their size, whether the stones are natural or lab-created, and whether they have undergone treatments to enhance them.  (Laboratory-created and imitation stones should be clearly identified as such.) Unfortunately, gemstone counterfeits, or synthetic gemstones, can be mistaken for the real thing. Another important factor in establishing the value of a gemstone is to know where it came from, both geologically and geographically, which can’t be determined visually.

Energy Dispersive X-Ray Fluorescence (EDXRF) is an important tool for the determination of the authenticity of colored gemstones and their geographical origin. Depending on the geological setting, precious gemstones like rubies, emeralds or sapphires from different origins often exhibit a characteristic combination of trace elements at different concentrations. As an example, identification and quantification of such elements may allow tracking an emerald down to its location of origin such as Colombia, Brazil, Afghanistan, Zambia or Zimbabwe. Similarly, the presence of certain trace elements also helps to distinguish between a valuable naturally formed gemstone (e.g. ruby) and a quasi-worthless synthetic crystal (e.g. synthetic ruby.)

Turning our attention back to natural precious stones, be aware that gemstones are not necessarily mined just from mountains.  A great example of this is the beach mining of diamonds in Oranjemund (Namibia), where loose alluvial diamonds were found along the Atlantic coastline.

So to answer the question Do All Mountains Contain Precious Stones?, it is unlikely that all mountains contain “precious” stones; but all mountains are formed by amazing geological processes that sometimes allow wonderful gemstones to be created and eventually moved to a place where they can be found and enjoyed by people around the world.