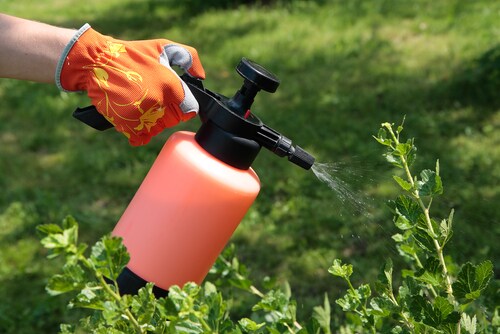 Bacteria are valuable sources of the active ingredients found in many commercial and therapeutic preparations used globally, including antibiotics and insecticides. Harvesting these compounds requires careful attention to optimal growth conditions in order to switch the micro-organisms into the correct synthetic pathways. Yang et al. recently characterized the proteome of Saccharopolyspora spinosa, a Gram-positive, soil-derived actinomycete that produces spinosad, which used worldwide as an effective yet safe biodegradable insecticide.1 Spinosad forms as a secondary metabolite during fermentation, and this paper details the proteomics approach to investigate regulatory proteins involved in pathways at different points in the growth cycle.

Yang et al. then used KEGG functional analysis and the Gene Ontology database to group the proteins according to cellular function and pathway involvement.  Most proteins were involved in primary (25.33% of the total), rather than secondary (16.59%), metabolic pathways.

Although they noted that abundance was low, the researchers were able to construct a heat map of the 54 proteins connected with spinosad synthesis, classifying them into five clusters: polyketide biosynthesis, rhamnose biosynthesis, forosamine biosynthesis, polyketide bridging and a miscellaneous group (comprising agents possibly involved in spinosad synthesis). Through examination of differential expression of these protein clusters, Yang et al. predict that the earlier T2 phase of growth is important for peak spinosad/secondary metabolite production. They confirmed these findings with RT-PCR and Western blotting, identifying three enzymes—5-methyltetrahydropteroyltriglutamate-homocysteine S-methyltransferase (MHSM), cyclic nucleotide-binding domain-containing protein (CNDP) and glutamine synthetase (GS)—as putative key regulators of spinosad biosynthesis in S. spinosa.

The authors conclude that their results give a good overview of the regulatory framework in S. spinosa involved in the synthesis of spinosad, suggesting that further work with gene knockout models could lead to enhancement of culture conditions essential for secondary metabolite synthesis.