Keep up to date with the latest news and information on developing, manufacturing, and testing automotive components with analytical instrumentation from Thermo Fisher Scientific. 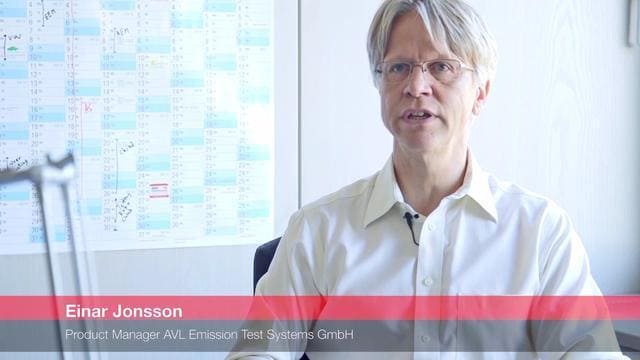 Issue 6: Fuel for Thought: Enough Graphite for the Electric Car?

Our recent post, Where Will All the Lithium Needed for Electric Cars Be Mined? reported on the growing demand for lithium to make lithium-ion (Li-ion) batteries for the electric car market. Companies such as Tesla, Apple, Google, and Faraday Future are expected to build battery factories that could demand as much as 100,000  tons of new lithium carbonate by 2021.

Lithium ion batteries are obviously associated with lithium, but one of the classical anode materials for Li-ion batteries is graphite. There is actually 10 to 30 times more graphite than lithium in a lithium-ion battery. Industrial Minerals reports that Tesla's "gigafactory" is not only contributing to the increased demand for lithium but that the facility "could potentially increase natural graphite demand by up to 37% by 2020…Tesla's plant will consume at least 28,000 tonnes of spherical graphite every year if operating at capacity. This equates to 93,000 tonnes of flake graphite if produced to today's standards which sees raw material wastage of up to 70%."

Given the impending spike in demand, Graphite Investing News raises the question of whether graphite mining will resume in the United States. The article points out that many investors are looking to North America for graphite investing opportunities, since Tesla Motors' announcement that it plans to source the lithium, graphite and cobalt it needs for its gigafactory from companies working on the continent.

Regardless of where the raw materials come from, battery manufacturing requires rigorous testing of the batteries and their individual components to ensure they are operating at peak efficiency. Even though a substantial amount of work has been done on the development and commercialization of lithium-ion batteries, there is still considerable interest in improving the current technology and the development of new battery components. The analysis of battery components is important not only for the development of new materials but also for the study of charge/discharge mechanisms and even for confirming the quality of materials used in battery production. The complex nature of batteries requires a multifaceted combination of electrochemical analyses and materials characterization techniques. Raman spectroscopy has emerged as an important analytical technique that can be used for characterizing a variety of battery components.

Issue 5: See How SEM-EDS Can Determine the Distribution and Phases of Break Pad Components

Brake pads are a critical part of a vehicle’s overall braking system. With the broad diversity of available brake pad types, sub-types and unique chemistries there is an open question as to which brake pad provides the best overall performance.

Even within a single pad type, the specific chemistry of that pad has a significant impact on the performance. SEM-EDS analysis and statistical approach was used to determine the distribution and phases of the components of brake pads.

Automobile advancements have led to the use of a wider range of materials than ever before. Automobiles are built from a combination of metals, composites, polymers, and even textiles. With a new industry for 'materials in,' tight specifications on structure and composition are important. Analytical solutions are critical to understanding structure-property relationships between polymers, composites, layers, and even mixtures. There is a growing need for robust applications to address structural properties, product lifetime, and flaws in manufacturing. FTIR microscopy can be used to address many of the material properties in question.

FTIR Microscopy combines the spatial resolution of a microscope with the analytical power of spectroscopy. The Thermo Scientific™ Nicolet™ iN™10 microscope can help answer questions in failure analysis, engineering, and product formulation research. Paints, for example, are critical to protecting the structural core of every automobile and performance expectations are high. They are often composed of a mixture of binders, pigments, and carrier agents that all impact performance. Microscopy can probe the impact of new processes on the formulation, application and curing of paints.

Materials like polymers are a large reason vehicles can be so light in weight, mass produced, and structurally sound. Dashboards are a great example of where polymers are critical to both appearance and function. With scales of manufacturing increasing, it is critical to understand any flaws in the materials that might impact the function of the car component. Dashboard imperfections can be assessed at the micro scale level using microspectroscopy.

Materials science is on the forefront of enhancing automobile improvements, and is a large reason for many of the milestones faced in enhancing gas mileage and reducing emissions. Understanding how basic spectroscopy methods can improve your workflow will help to take materials development to the next level.

Evaluate material structure and chemistry for a more complete understanding of your products, from product formulation to defect analysis. Thermo Scientific™ instrumentation delivers essential information to better understand composites, metal alloys, coatings and many other materials in the automotive industry.

We hope you have enjoyed our Fuel for Thought newsletters. If you would like to continue receiving these newsletters, please subscribe today and stay informed of upcoming webinars, new application notes and other important announcements.

Over 200 magnets are used in a modern automobile. While invisible to the driver, the applications for these magnets cover almost every part of the vehicle, ranging from motors to sensors—such as power steering actuators—to starters, power windows, windshield wipers, power seats and more. Stronger magnets result in overall smaller, lighter parts thereby expanding the applications range of the magnets while reducing overall vehicle weight. The strongest permanent magnets commercially available are known as NdFeB magnets, or neodymium magnets. These come in a variety of grades varying in strength, ability to operate at higher temperatures and resistance.

NdFeB magnets are complex structures formed by sintering the majority components in a mixed powder under pressure and heat. Additional trace materials are added to alter key properties such as resistance to temperature and corrosion. For manufacturers, analytical concerns cover methods development for next generation magnets, incoming inspection and failure analysis.

In this analysis, the overall chemical composition of these magnets is readily measured to ppm levels of precision using well-established bulk elemental techniques such as x-ray fluorescence (XRF) or mass spectrometry. Bulk analysis, however, provides no information on the structure of the material or on the distribution of elements within the magnet. This structural and elemental distribution is critical to the performance of the magnet. Additional analytical techniques are required.

Scanning electron microscopy (SEM) with energy dispersive x-ray spectroscopy (EDS) provides the ability to inspect materials with a spatial resolution on the order of 100 nm without destroying the structure. An example SEM-EDS image of a NdFeB magnet, figure above, demonstrates the importance of the structural and elemental distribution. Employing a range of techniques within SEM-EDS enables the analyst to rapidly gather a rich suite of information on the elemental distribution of elements within the material. This webinar reviews the use of several SEM-EDS techniques on analyzing NdFeB magnets: (1) manual Spot analysis based on electron image contrast; (2) large area, automated feature sizing with chemical typing based on electron image contrast and (3) automated phase analysis based entirely on x-ray data. The advantages and inherent value in each technique are discussed with examples from advanced magnets reviewed.

Brake pads are complex components, typically including up to 20 elements. The elemental composition of brake pads has an enormous influence on the braking performance of a vehicle, on the lifetime of corresponding pads and rotors, and on the overall sociability of the braking mechanism.

A major challenge in the manufacture of automotive brake pads is developing and subsequently controlling the physical chemistry of the pad. Reproducibility and final distribution of this chemistry is key to maintaining consistent performance over a range of vehicles. Scanning electron microscopy with energy dispersive x-ray spectroscopy (SEM-EDS) is a common analytical technique for monitoring the element composition of these materials.

Because modern brake pads contain such a variety of elemental constituents, they are a great example of a complex elemental matrix with many unique phases. Normal analysis of the elements can be time consuming which is a clear advantage to using the Thermo Scientific™ UltraDry EDS Detector in combination with COMPASS Phase Mapping with Principal Component Analysis (PCA). Alternative EDS mapping techniques require a detailed x-ray spectrum at every pixel, which can take hours or days to collect. COMPASS, on the other hand, requires only a fraction of a spectrum at each pixel. This reduced data requirement dramatically shortens the time to results thereby improving the productivity of the analytical lab.

This image demonstrates the information that one can rapidly (minutes vs. hours) obtain using SEM-EDS and the proper PCA technique. The elemental phases are identified and immediately apparent to the analyst with no ambiguity and no user input required.

For more information on brake pad analysis with SEM-EDS, download the application note below.