Ion semiconductor sequencing accelerates and simplifies metagenomics research through whole-genome or targeted sequencing of the bacterial 16S rRNA gene (16S sequencing). By eliminating the need to clone or culture samples prior to sequencing, one of the main biases in sampling is removed. Direct sequencing of samples on the Ion GeneStudio S5™ System or the Ion PGM™ System with Ion Hi-Q™ chemistry can be performed quickly, and with more amplicons, to enable more accurate discrimination between organisms down to genus and species levels.

The amplified fragments can then be sequenced on the Ion GeneStudio S5 System or the Ion PGM System and analyzed using the metagenomics workflow in the Ion Reporter™ Software. 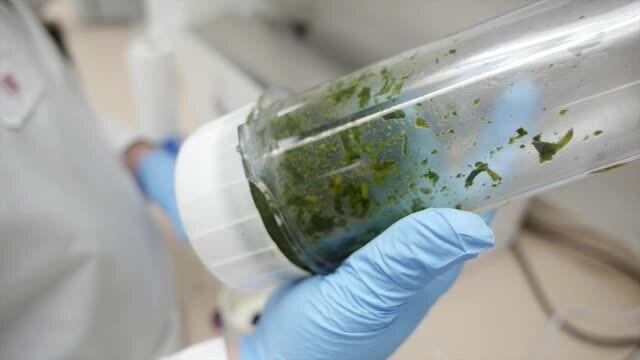 Video: The diversity of microbes

After decades of analyses and hundreds of studies, we’ve learned that the diversity of microbes is even greater than imagined—and the diversity of these species and their interactions may be linked to conditions such as IBD, obesity, and chronic wounds. Hear how Dr. George Watts and Dr. Charles Li are using Ion 16S sequencing in their clinical and environmental research applications.
Watch video ›

Benefits of the Ion 16S Metagenomics Solution include:

Ion Torrent sequencing is cited in more than 900 peer-reviewed publications on microbial sequencing for bacterial and viral typing research, metagenomics, and discovery of unknown microorganisms

Adopting NGS in your lab is now simpler than ever before. The Ion GeneStudio S5 next-generation sequencing systems enable the simplest targeted sequencing workflow for your lab with industry-leading speed and affordability. Focus your research efforts on applications that have the potential to be impactful. The Ion GeneStudio S5 System has a modular build, so your lab has the flexibility to do multiple targeted sequencing applications on a single system.